REUSE/REDESIGN - TEDDYBEAR MADE FROM OLD JEANS 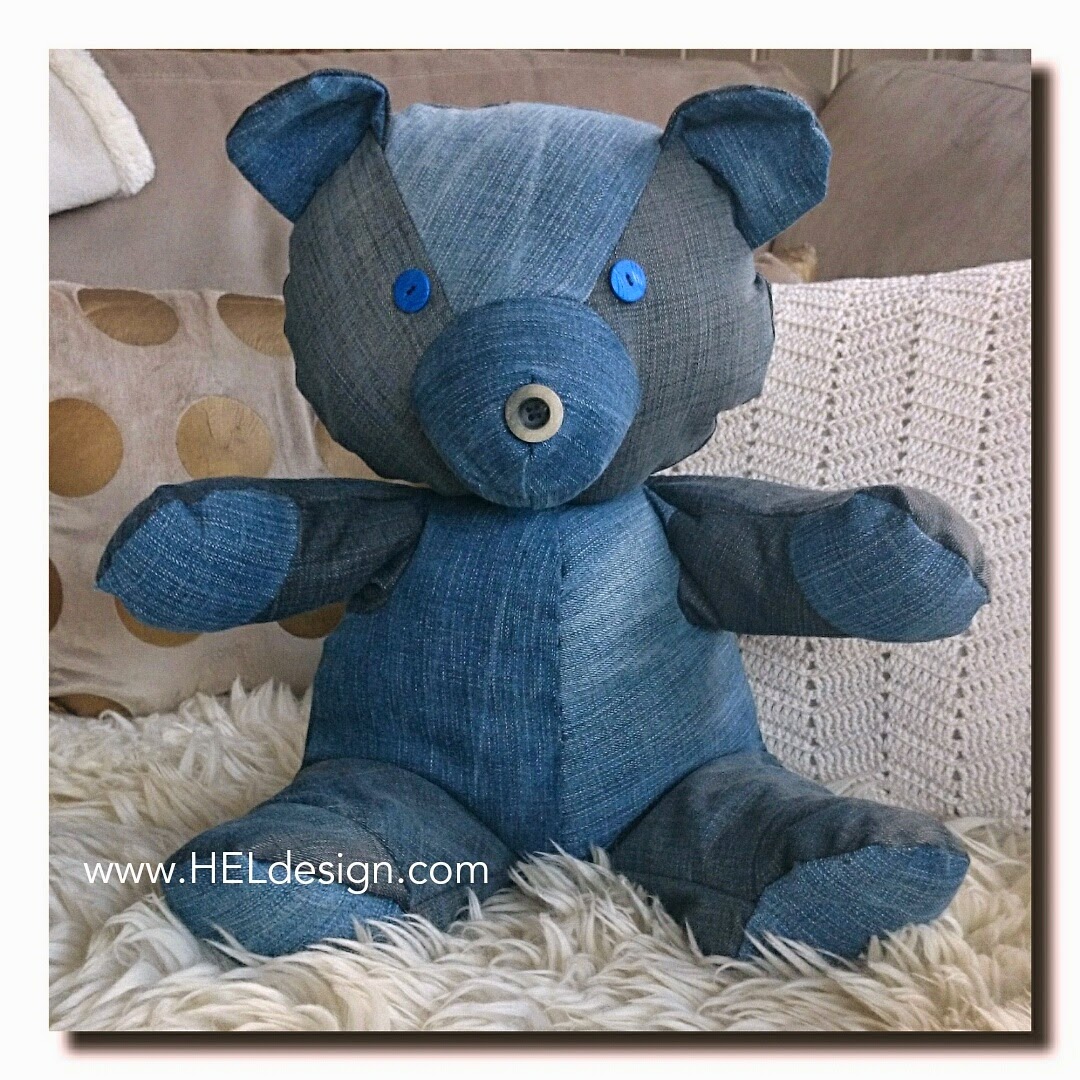 I made an assignment for the 8th grade students in the design- and redesign class a couple of years ago, where each student got one pair of jeans, and they were told to make these into something else. They had to use as much of the fabric as possible, but they were allowed to bring in other fabrics and materials as well, and they could make more than one item.

After giving each student their pair of jeans I was left with two pairs, and I figured I would make something as an inspiration, to show the students that the jeans could be transformed into something else than the typical bag, mini skirt or pair of shorts. I had just become an aunt so I was in quite the baby mood, and the choice fell on a teddybear. I wanted to keep within less than half of the time frame that the students were given on the assignment, it wouldn´t be fair otherwise since I have a lot more experience, and ended up using 1/3 of the time frame. This project is not for beginners and was just an inspiration, but some of the students would´ve been able to pull it off with my help. 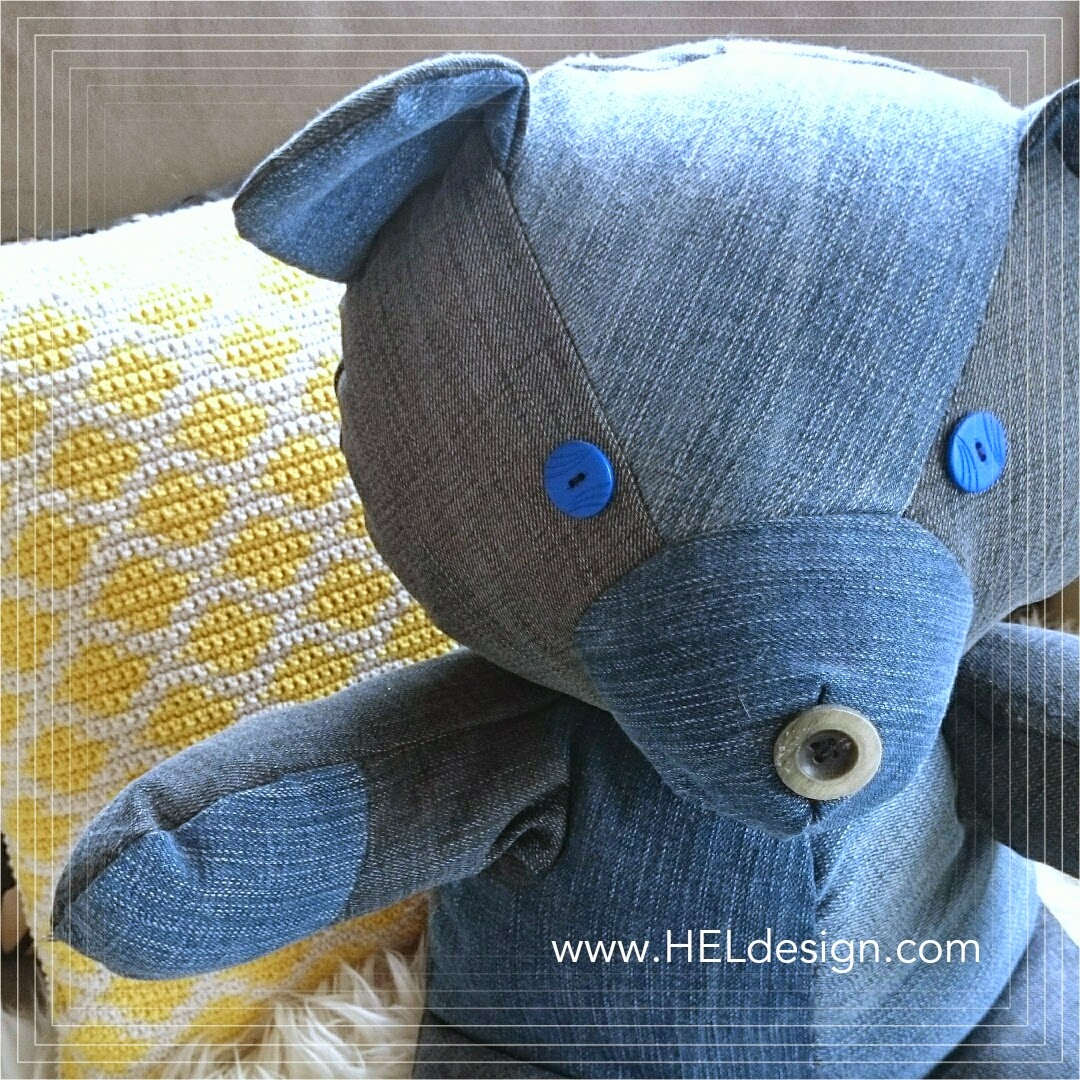 I used half of each pair of the leftover jeans since they were in two different shades. I downloaded a lovely pattern from this website, cut out the pieces and sewed everything together. I used 3 old buttons for the eyes and nose, and the stuffing is some old and ugly curtains cut into pieces. This made the teddybear quite heavy, so I ended up filling the upper half with regular stuffing.

So this is one way to reuse a pair or two of old jeans. If you have recycled some old jeans I would love to see it!

Have a great weekend! 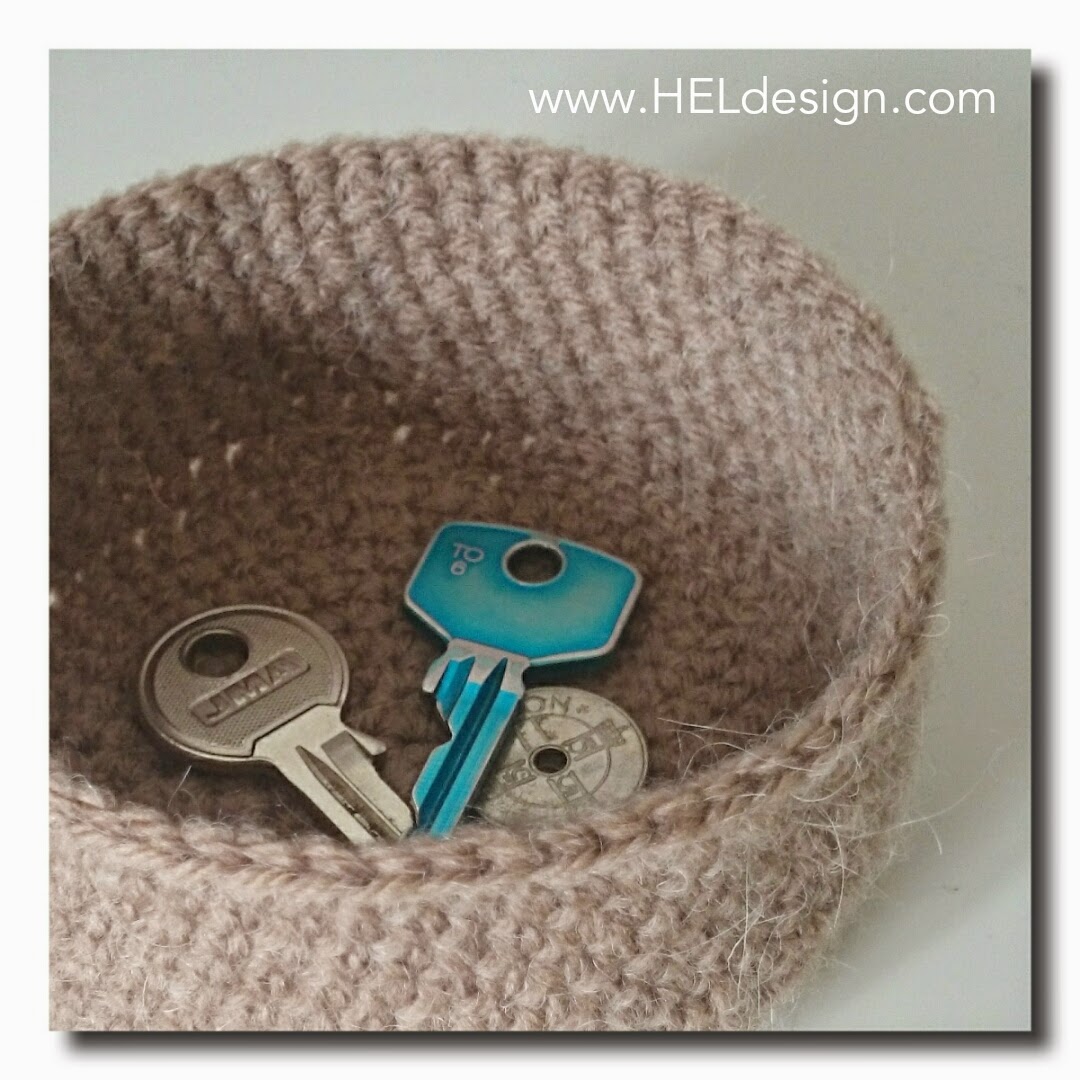 I had some leftover yarn after finishing my crochet hat, and that yarn turned into a small basket for my keys.
I decided to share the pattern with you and spent last night transcribing it into both English and Norwegian.

You can find the pattern here.

All patterns are made and designed by me - Hege Espeland Lygre (HELdesign).
Please read the Terms of use for my crochet patterns.
If you use my patterns, please link back to me :) 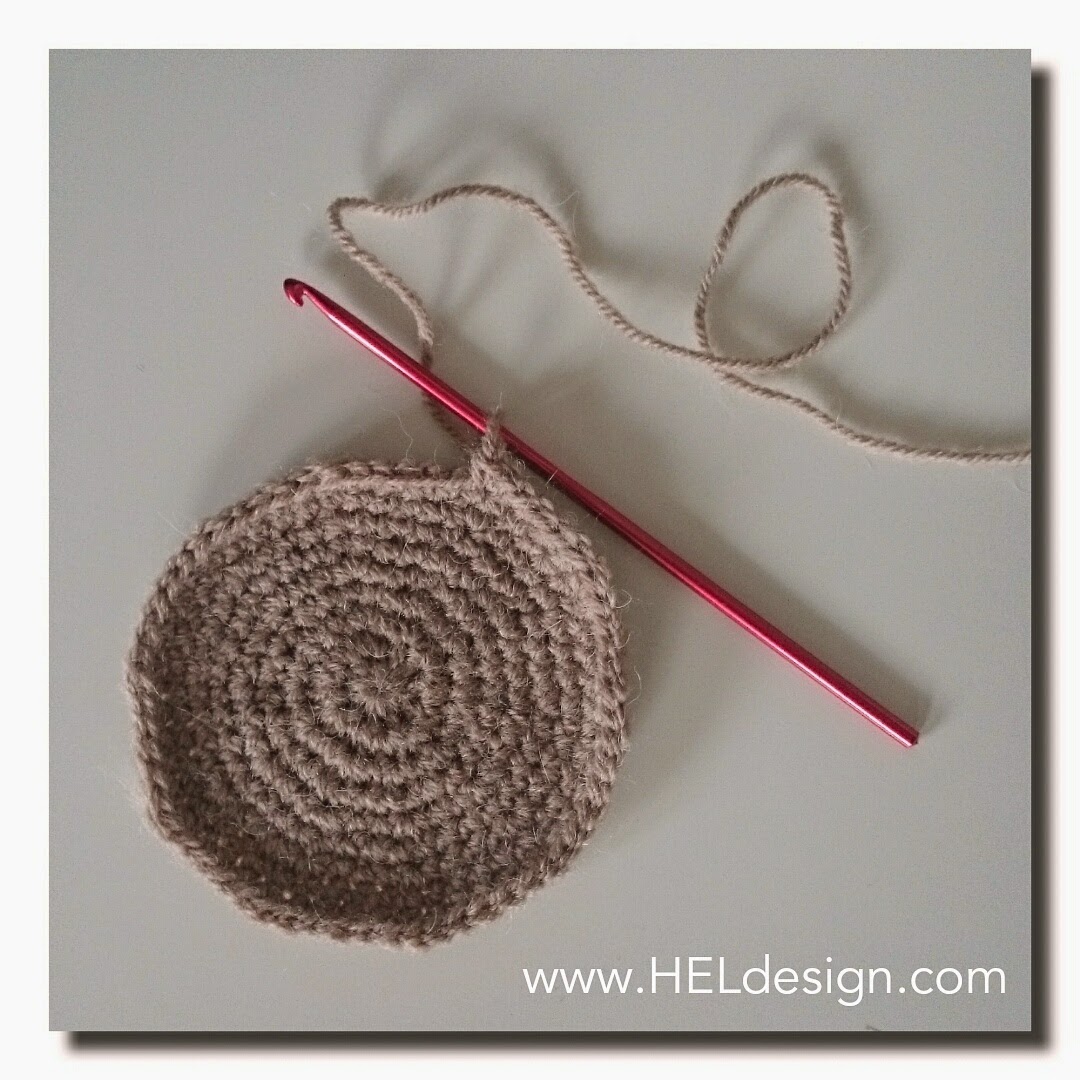 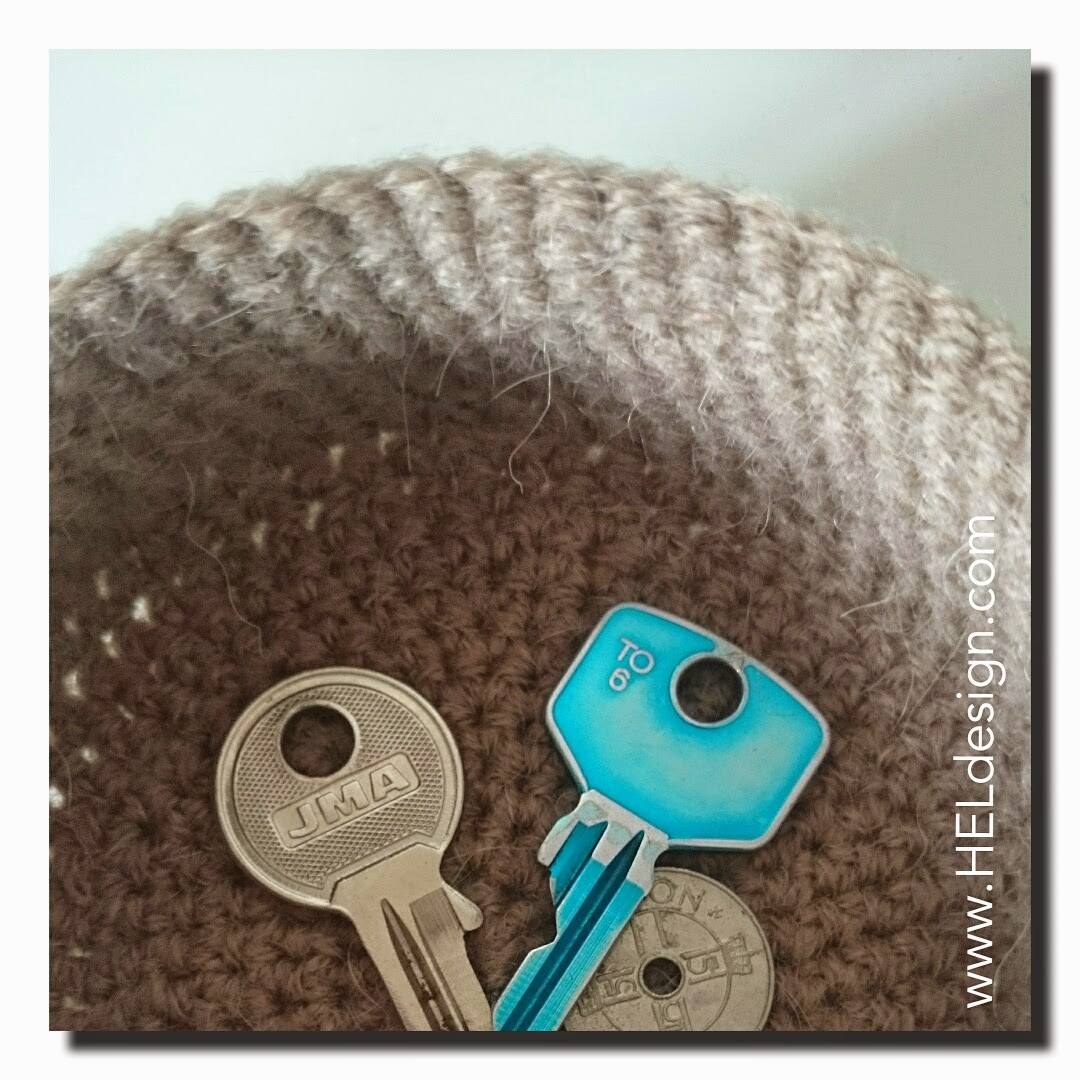 I hope you like the pattern!
Have a great day :)


I love crochet hats, and the last time I visited my mom I left the house with two balls of yarn in brown and purple. The colors matched one of my jackets so I decided to crochet a hat to go with it.

Last year I designed a pattern for a hat, and since I have a lot going on right now I made the hat from that design. I love the colors and I´ve already used the hat twice. What do you think? 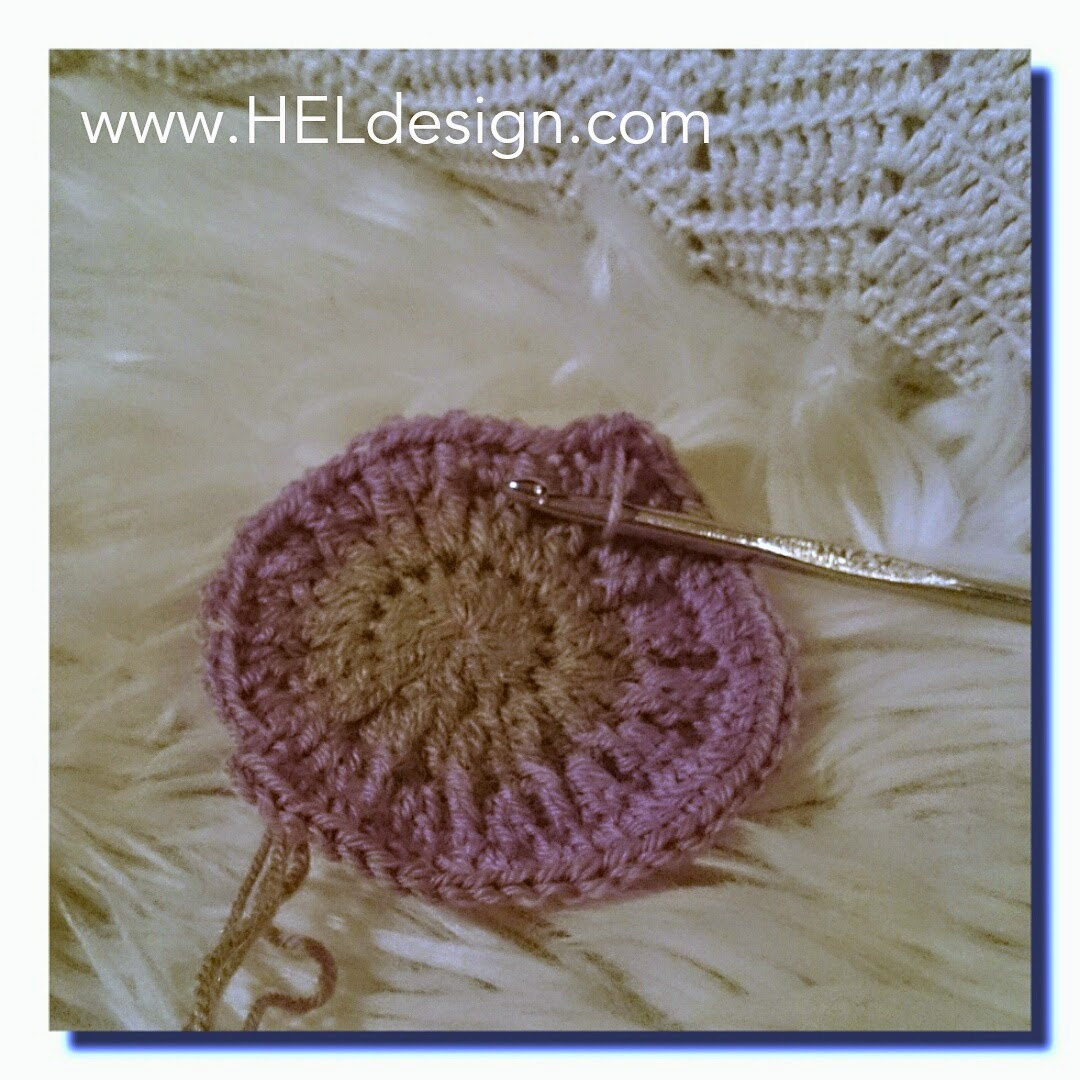 Have a great day!

All patterns, unless stated otherwise, are made and designed by me - Hege Espeland Lygre (HELdesign).

Don´t steal!
I spend a lot of time making and transcribing my patterns, so don´t copy them and change a few things and then claim them as your own.

Selling items made from my patterns:
- My patterns that are for sale are for private use only, you are not allowed to make items from them to be sold on the commercial market.
- Items made from my free patterns are to be used as you wish as long as you don´t take credit for my design. If you sell items made from my patterns in stores, markets etc, please add a tag that shows that it´s my design. If you sell on the internet, please link back to me. I´d also appreciate it if you´d e-mail me telling which patterns you sell items from and where you´re going to sell them. If you follow these guidelines I put no limit as to how many items you can sell from my free patterns (not the patterns that are for sale).

Again, if you use my patterns please link back to me. And I love to see other peoples work made from my patterns so please send me photos :D

ON MY HOOK WEDNESDAY - Week 3 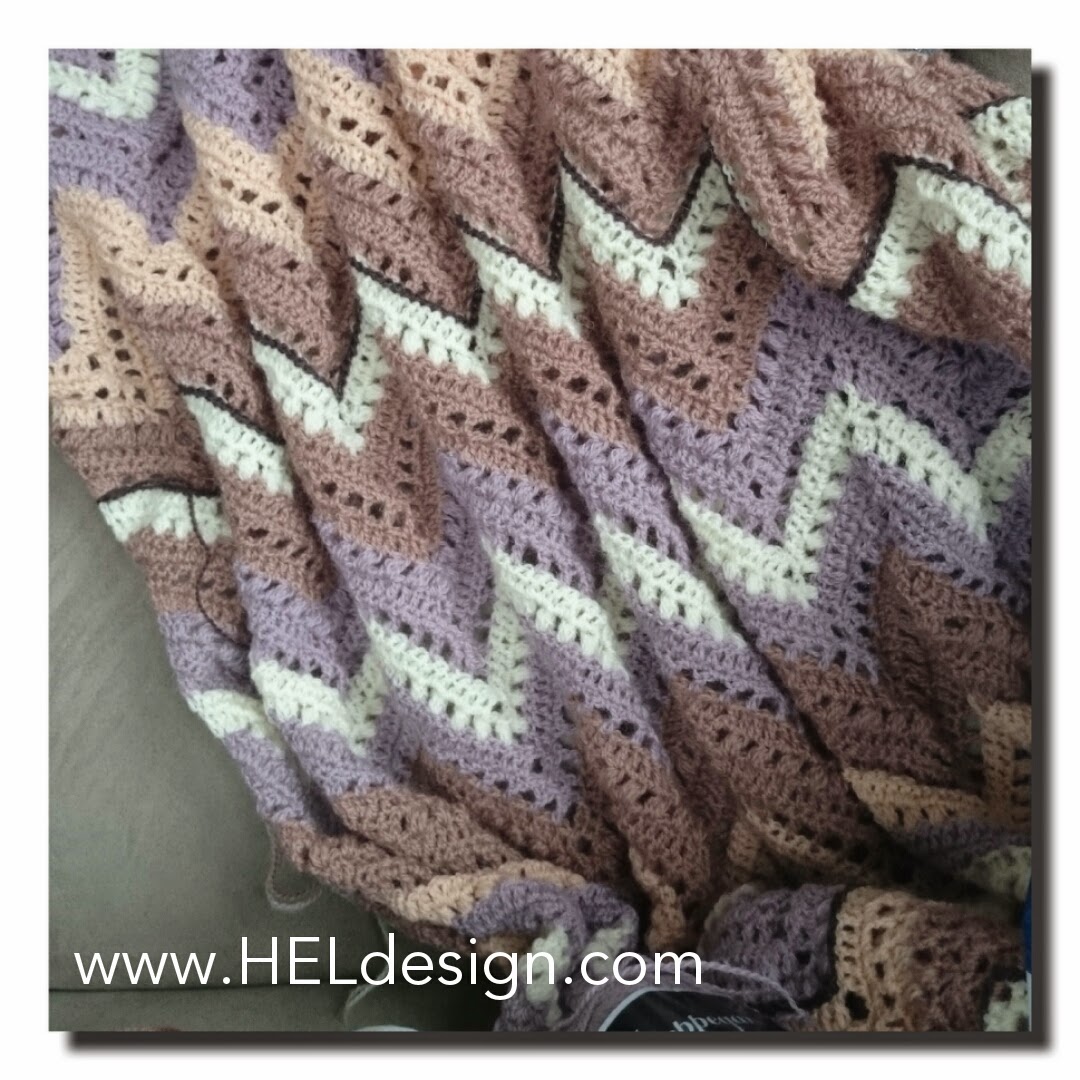 So it´s finally time for a new On My Hook Wednesday. This was supposed to be like week 5 or 6, but as it so often does my life got in the way and blogging had to be put aside for other things. I hope to be able to get more structure into my blogging so that these posts will continue to come weekly as planned, but due to life and its interferences I fear I will fall off the wagon from time to time.

Even though it hasn´t been much time for blogging I´ve had time for a little crocheting. I´m still working on my crochet afghan. I crochet on and off on it, both because it´s big and I need to do other projects in between. And also because we recently got a kitten, and he loves the blanket (he even matches the colors), so he´s tends to sleep on it a lot :) 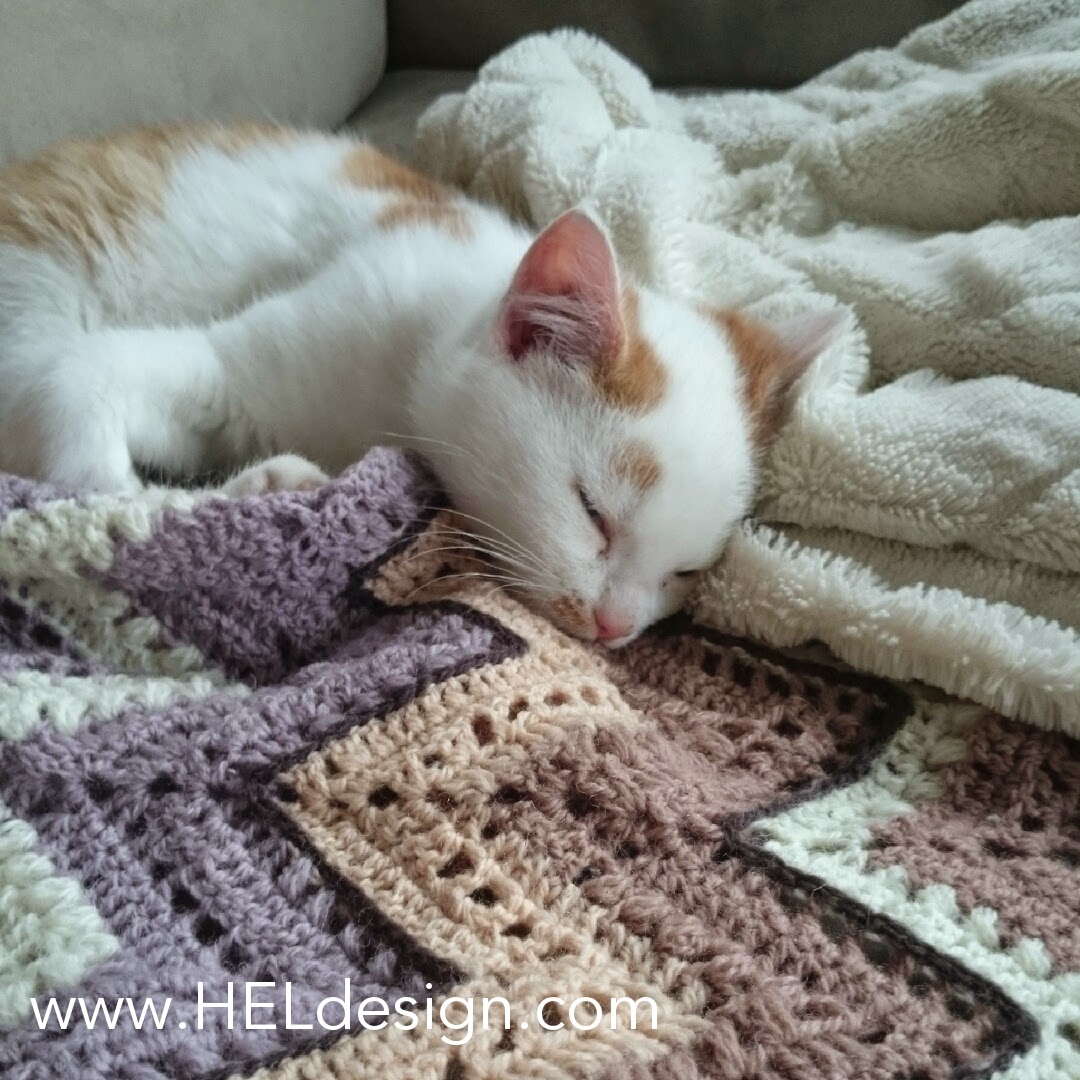 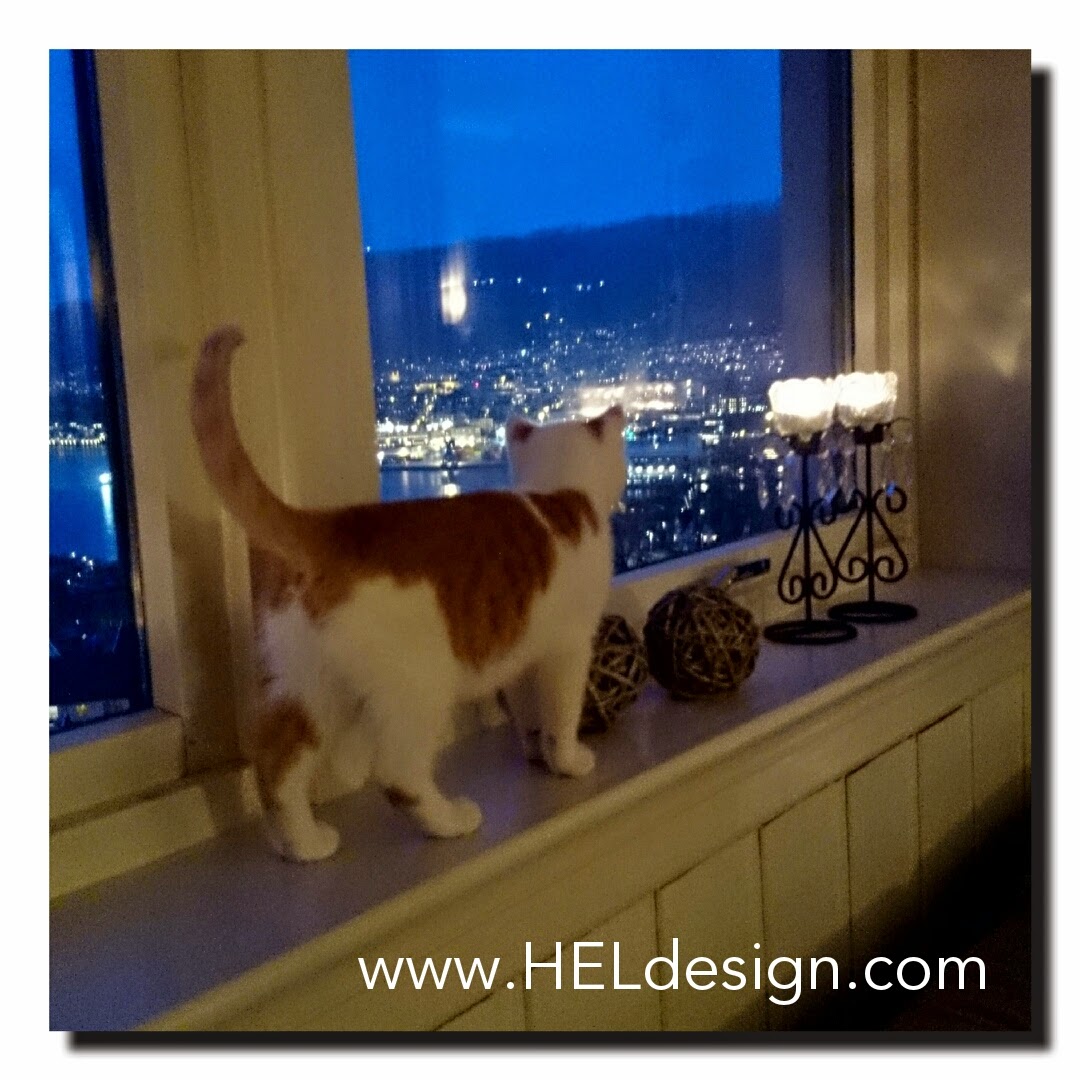 A couple of weeks ago I went to a flea market with some friends, and there I found a cathouse/bed/thingy, and since he matches the colors on the blanket I started making a pillow for the round bed on top of his new house. 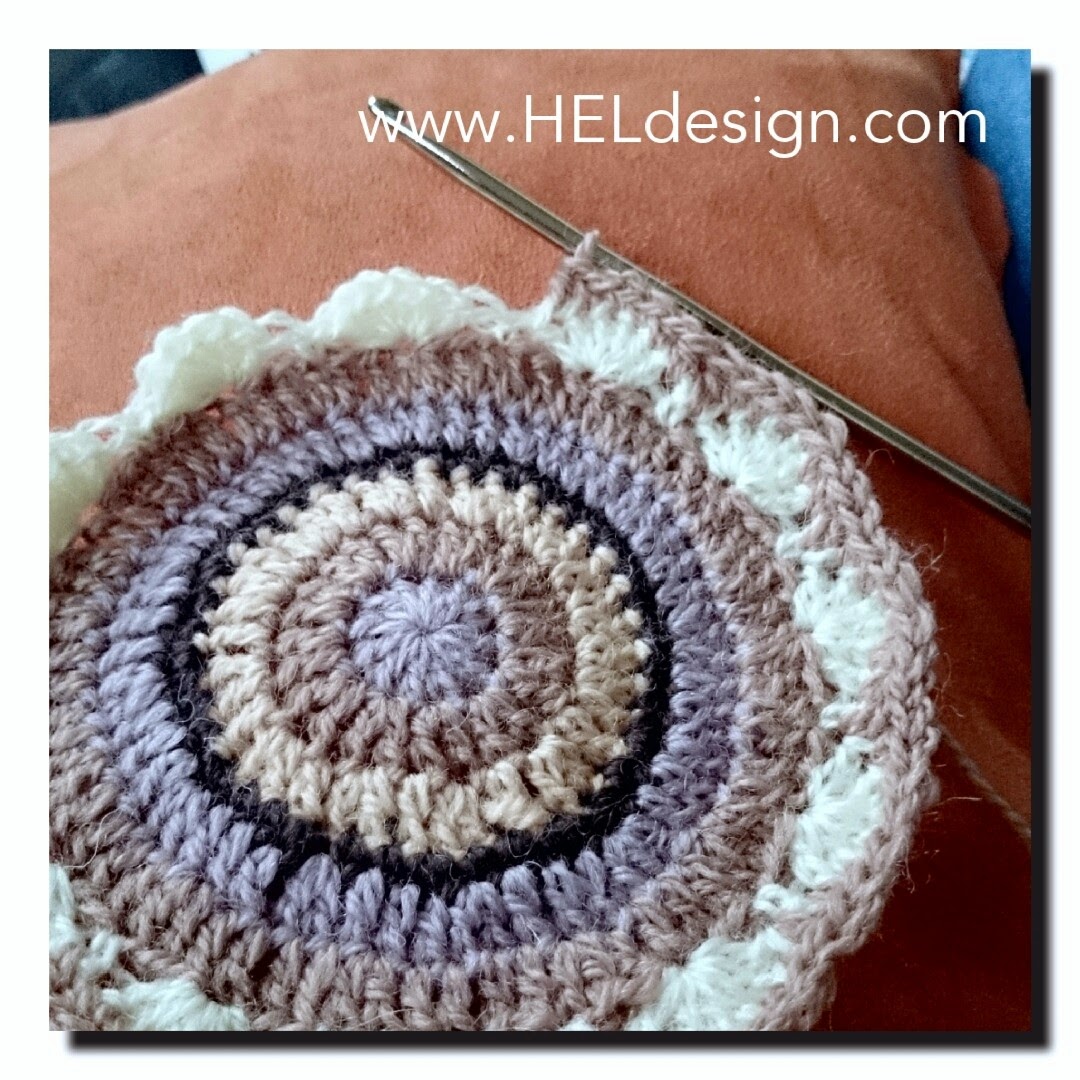 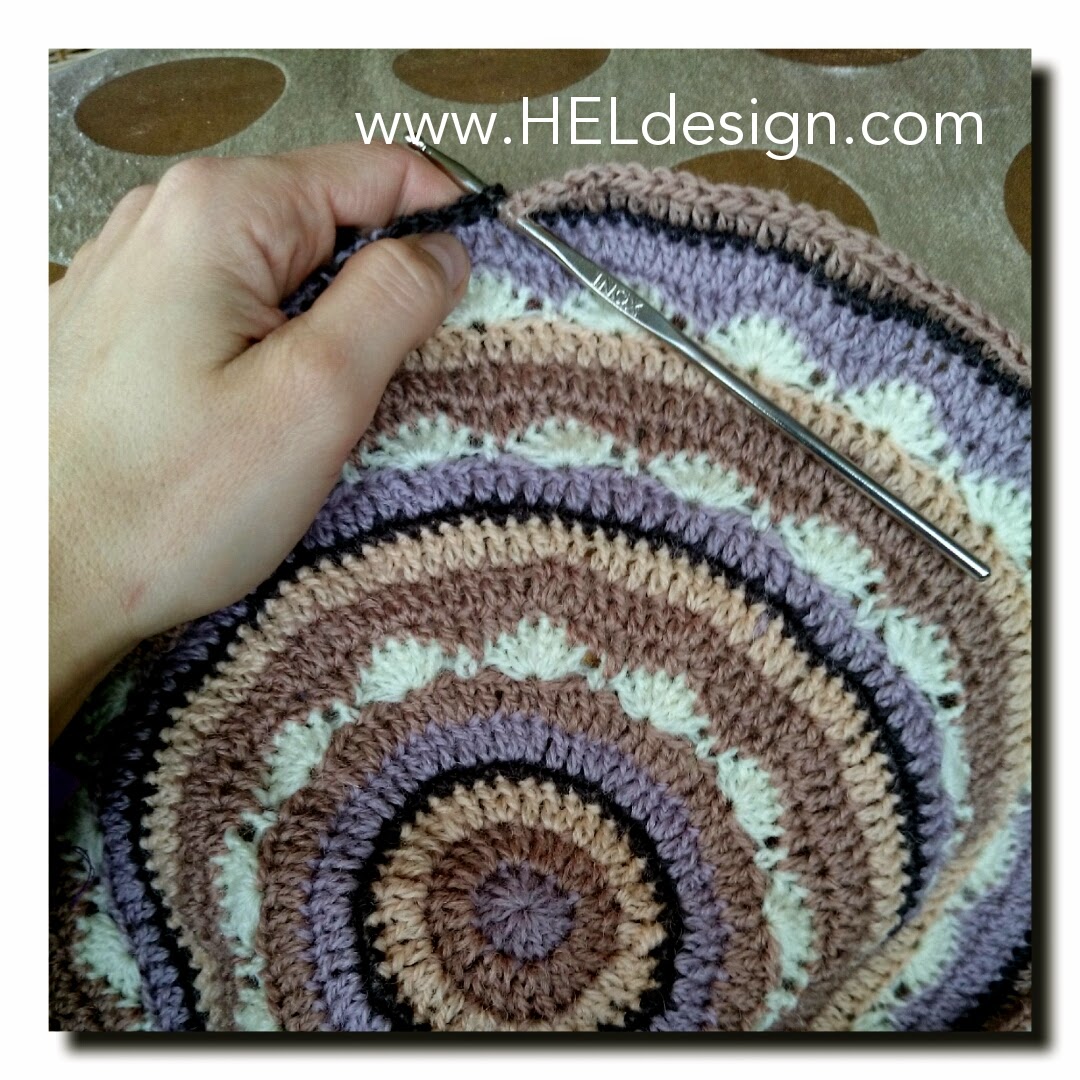 I´m also almost finished with a crochet pillow for my couch, it´s just missing buttons on the back. Originally it is one of several squares to be used for a blanket in a CAL (Crochet-A-Long), but I really liked the first square, so I added to the pattern to make it big enough for a pillow case. I´ll post more about this when I´ve found buttons for it. 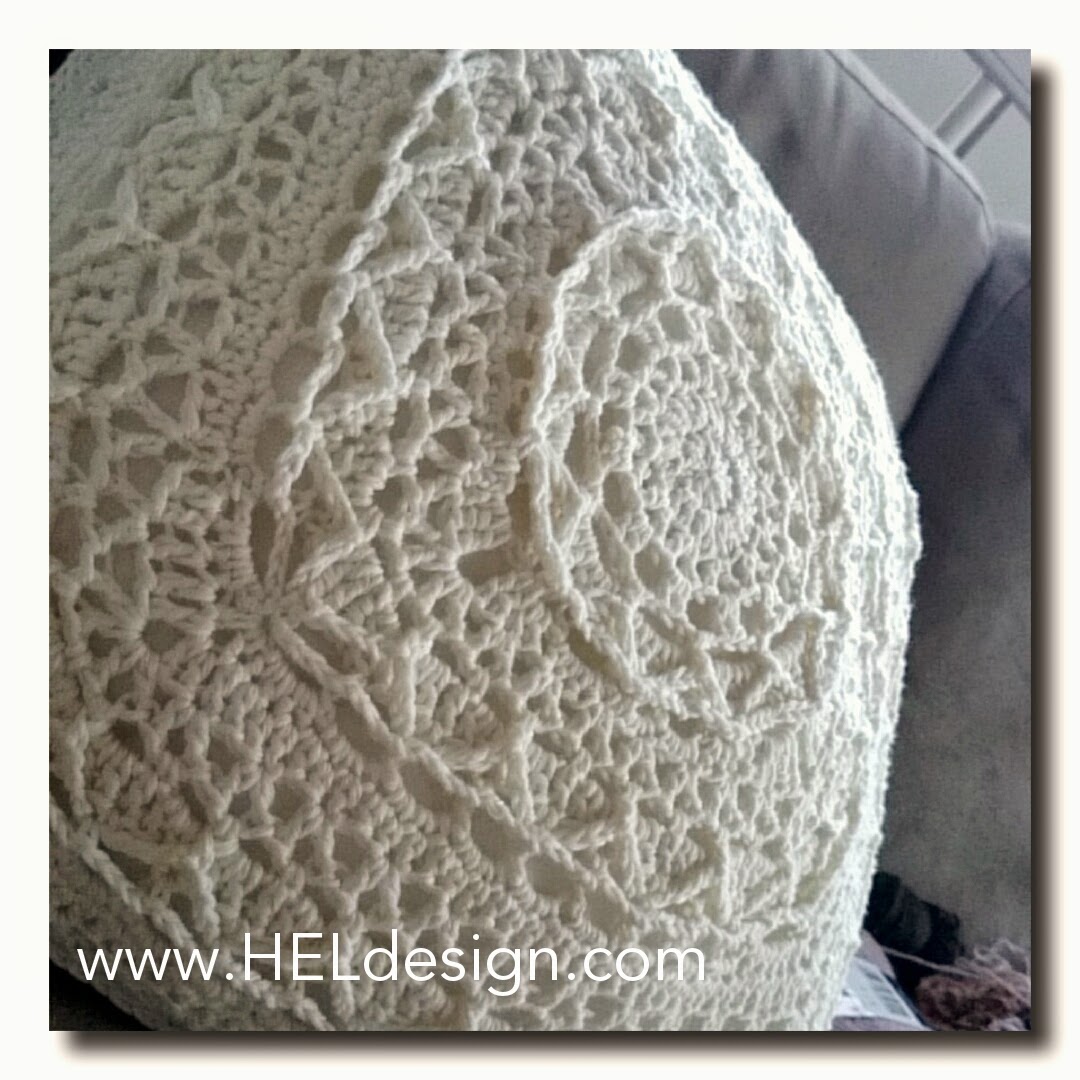 The crocheted circles from my last On My Hook Wednesday post was an experiment that I will continue working on, they´re going to be a supplement in a new series of paintings that I want to make. If you want to see more of my art you can check out my artblog, my Facebook page or my art profile on Instagram. 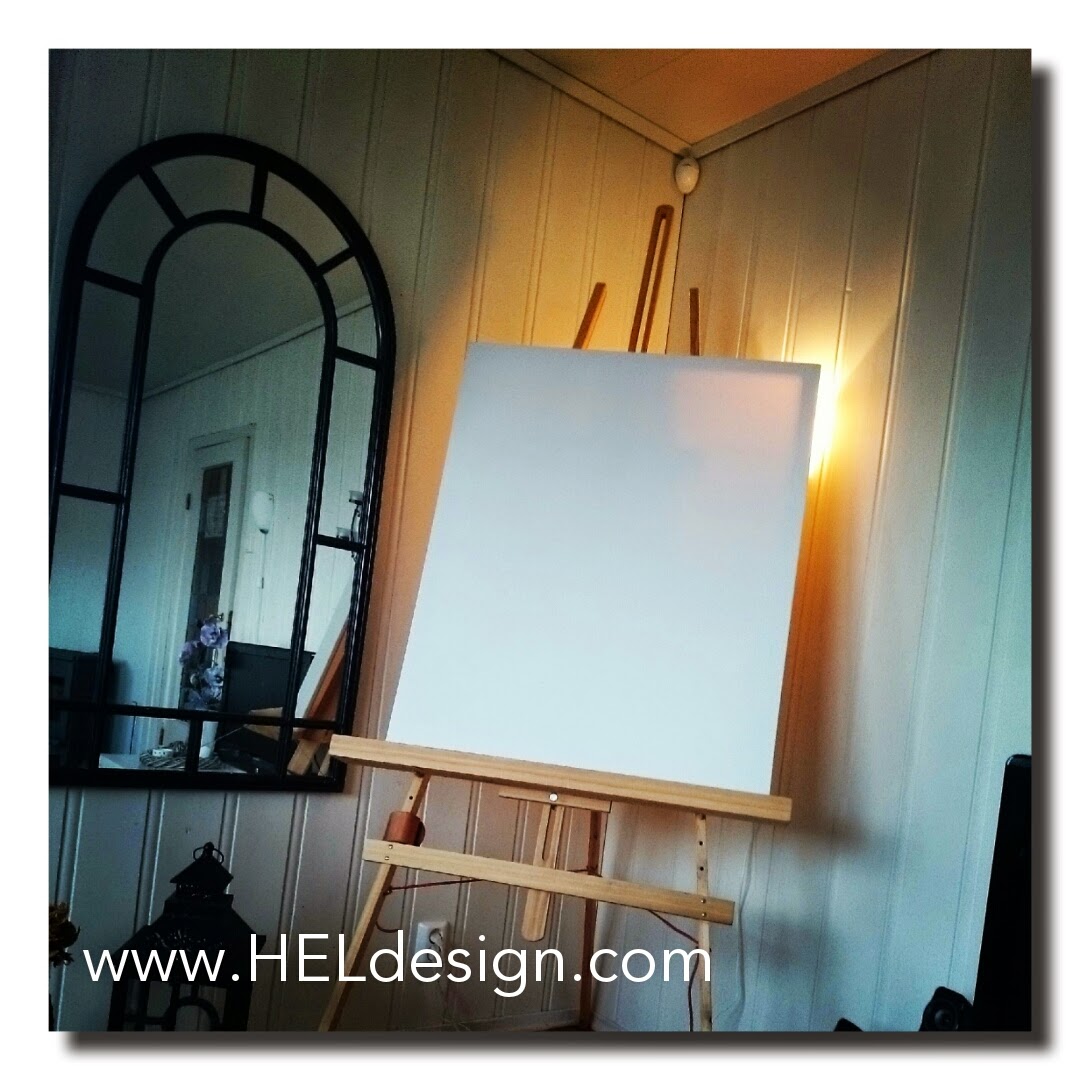 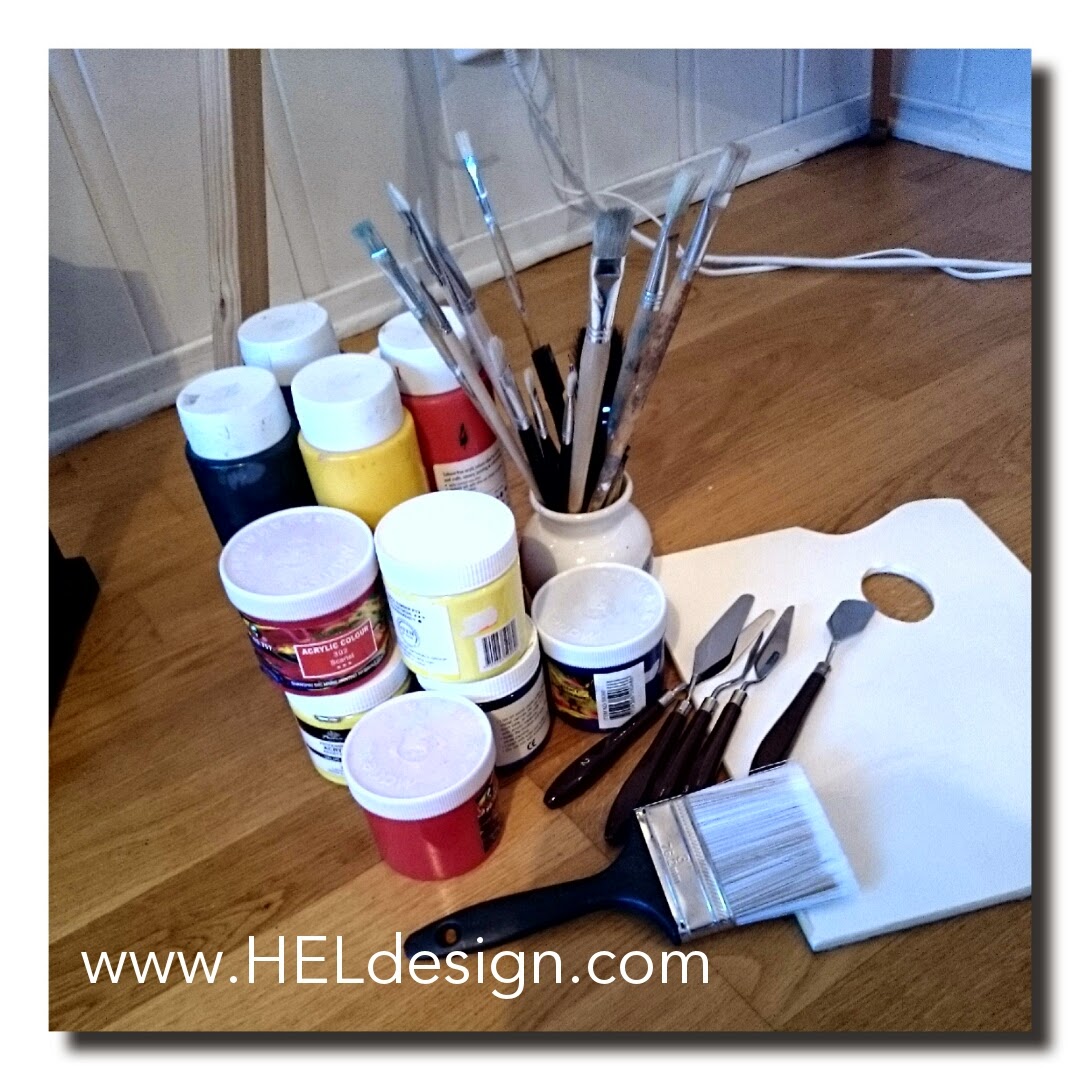 Here in Norway people have been crazy about the Norwegian Olympic Games hat. I didn´t plan to follow the stream, and haven´t really since I´ve stayed away from the original colors. But the thing is that one of my dearest cousins really wanted to make one, and she searched the internet for patterns, but apparently none of the patterns she found had a gauge, so she had troubles finding the right size and had to start over several times. So I offered to make a pattern for her, and the last few days that turned into three crochet hats. 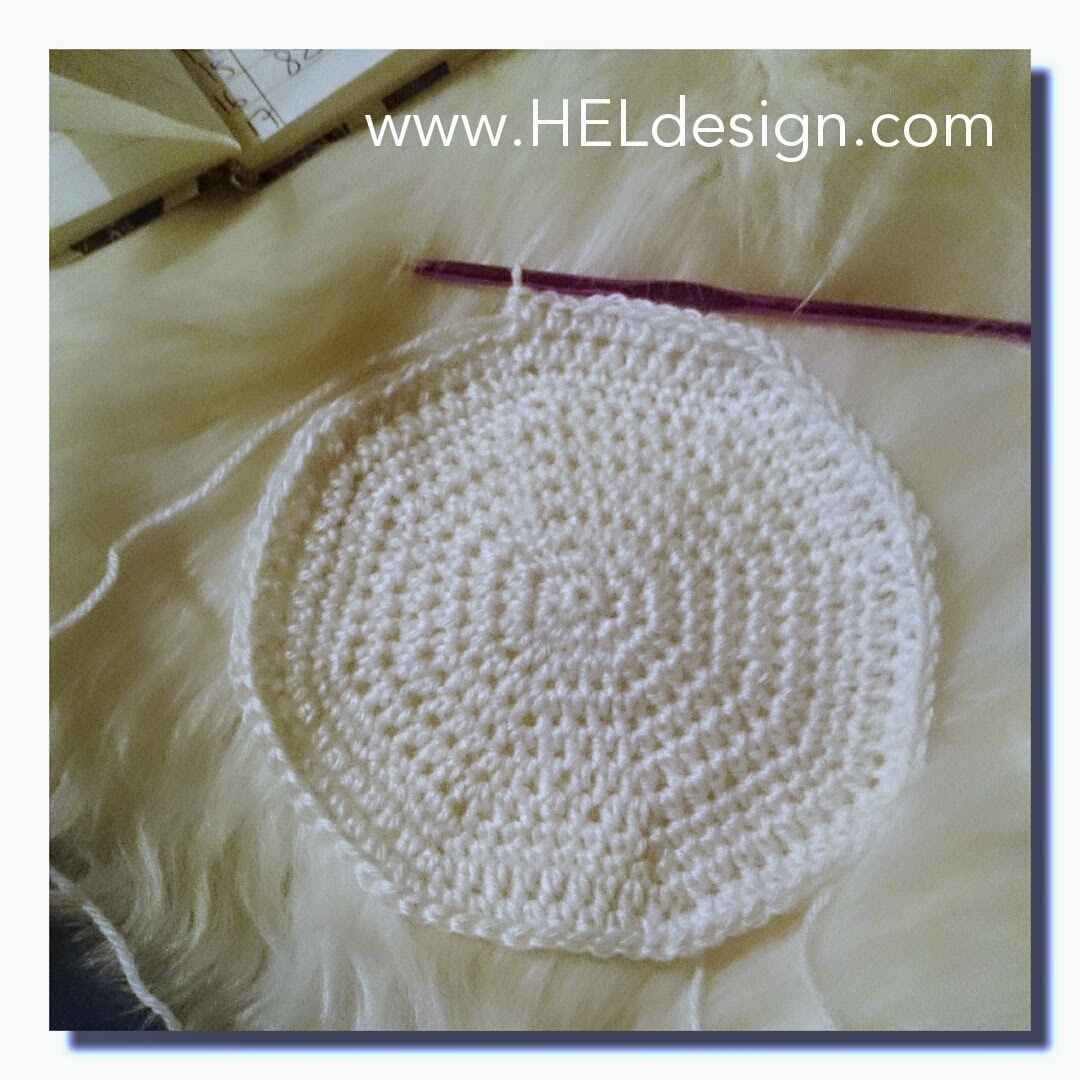 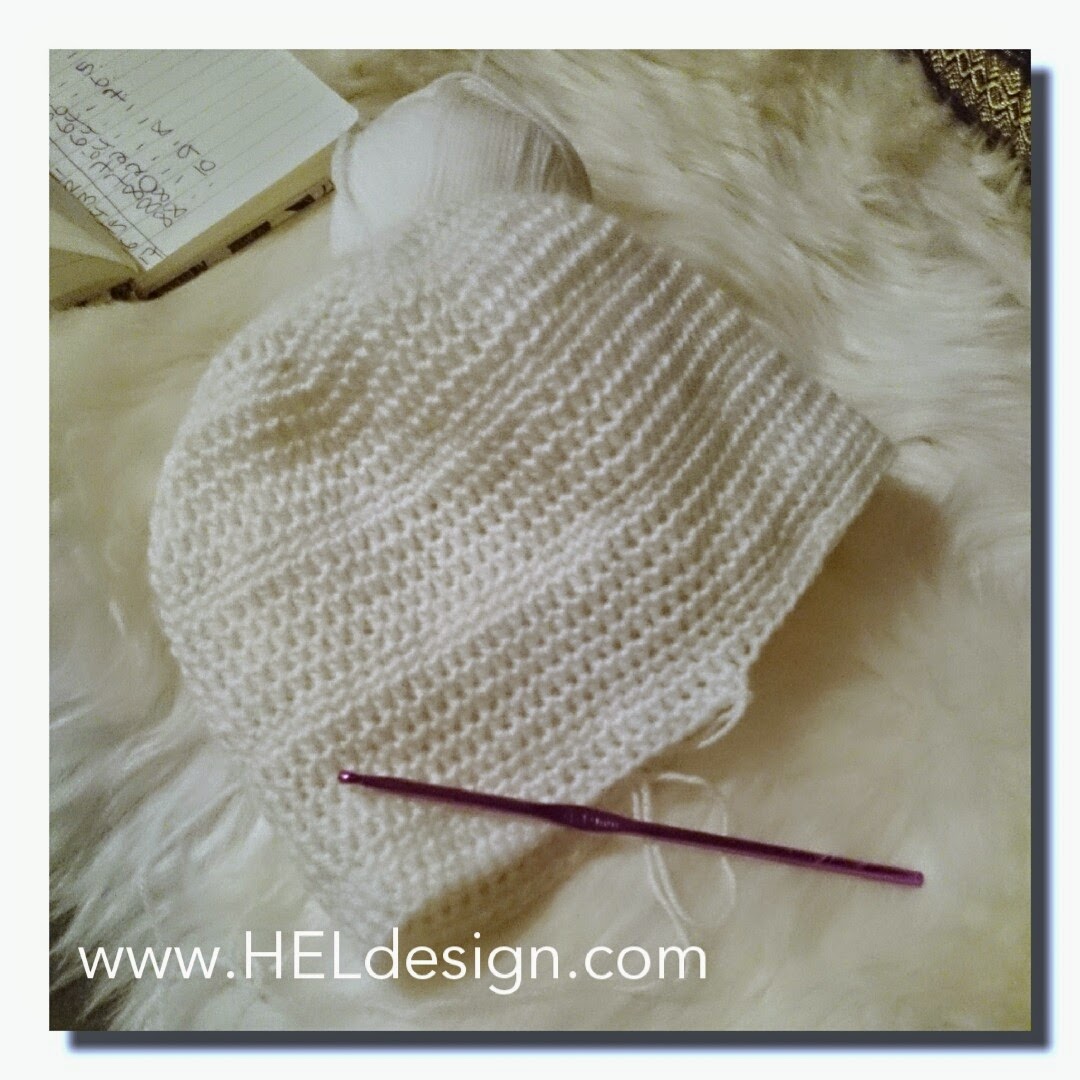 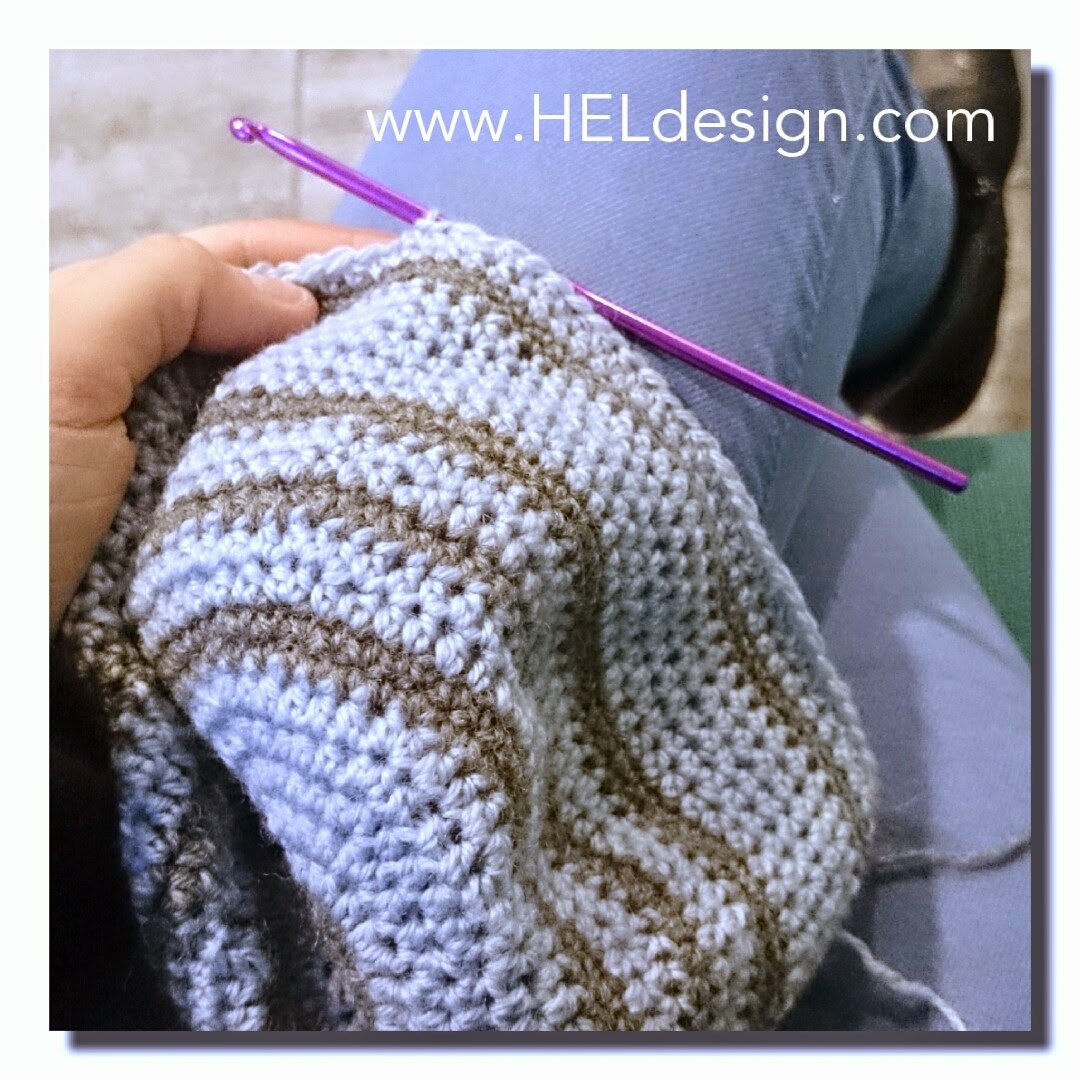 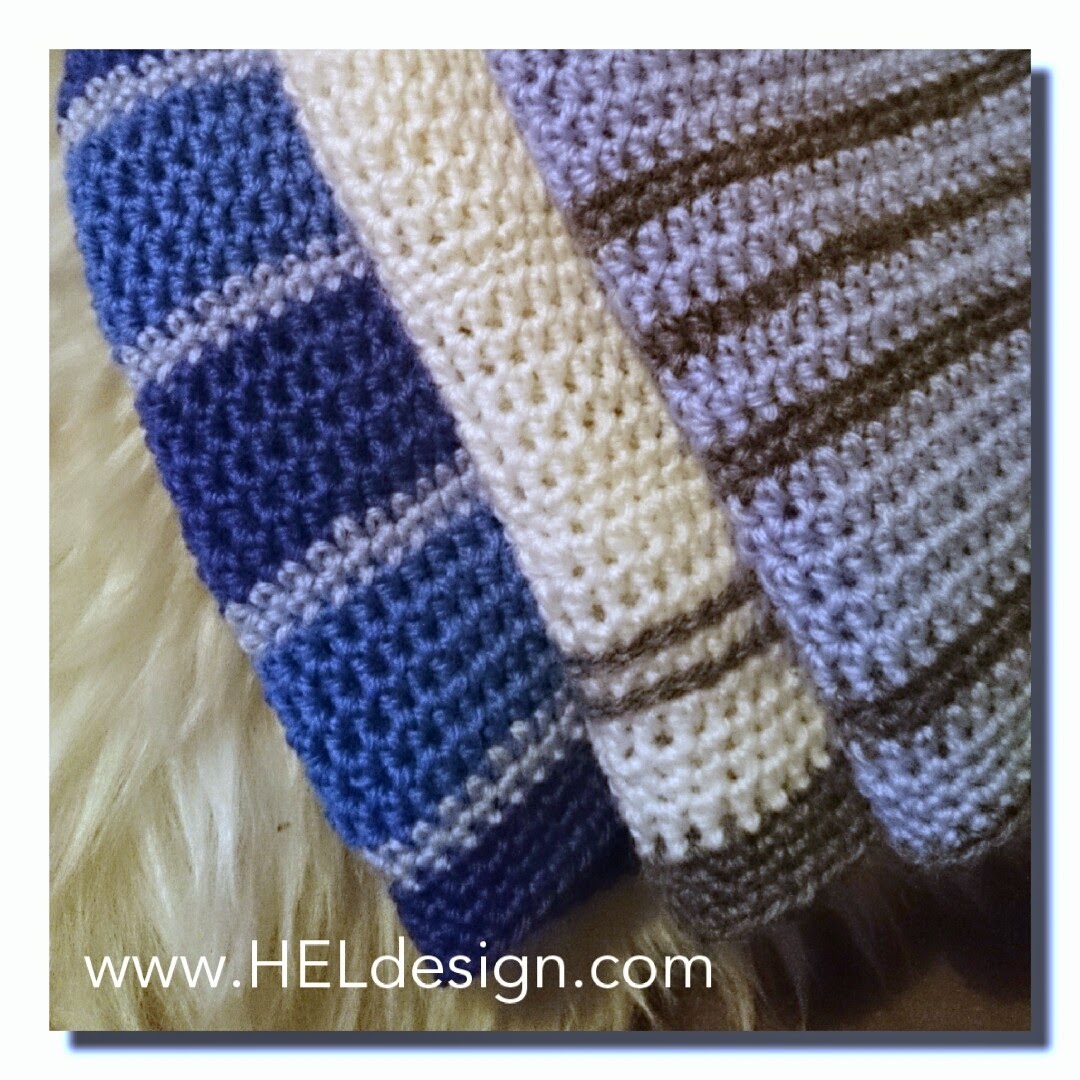 First one came to life when I was writing the pattern, then a new one when I was testing the pattern, and then another one which was a little more baggy than the other two. There are several patterns of the Olympic Games hats, so I made my pattern a little different cause no one needs another pattern almost similar to the others. Like I said, I didn´t make my hat in the original colors, but it was the shape that my cousin was after, so despite that my colors and the pattern are different from all the other free patterns out there, the shape is the same and you can use my pattern for the Olympic Games hat if you´d like. 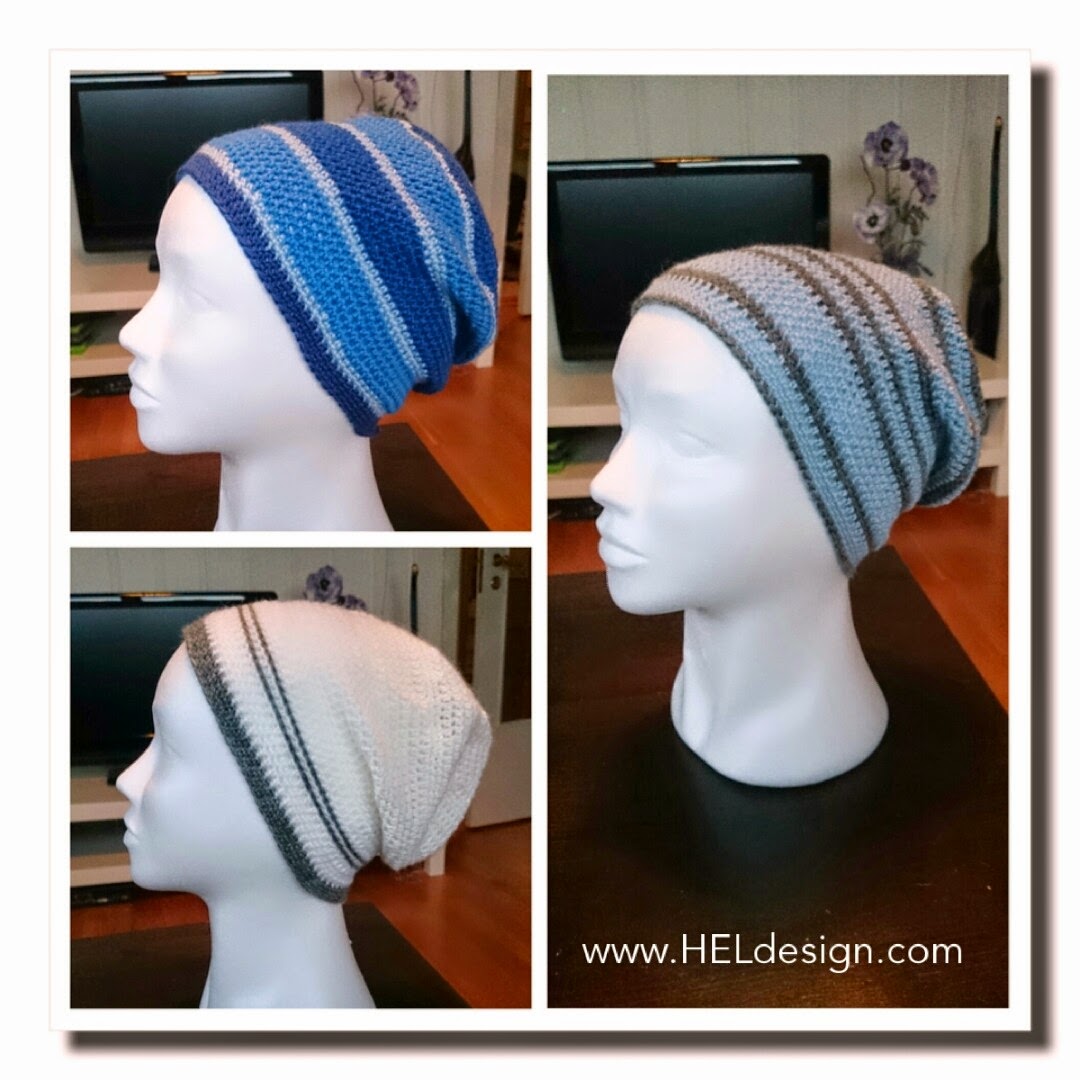 I´m transcribing the pattern and it will be posted on my blog. So my crochet hooks have had something to do despite the lack of blogging, I am however better on updating my Instagram profile because it doesn´t take as much time as blogging does, so if you like you can follow me there for more frequently posts. 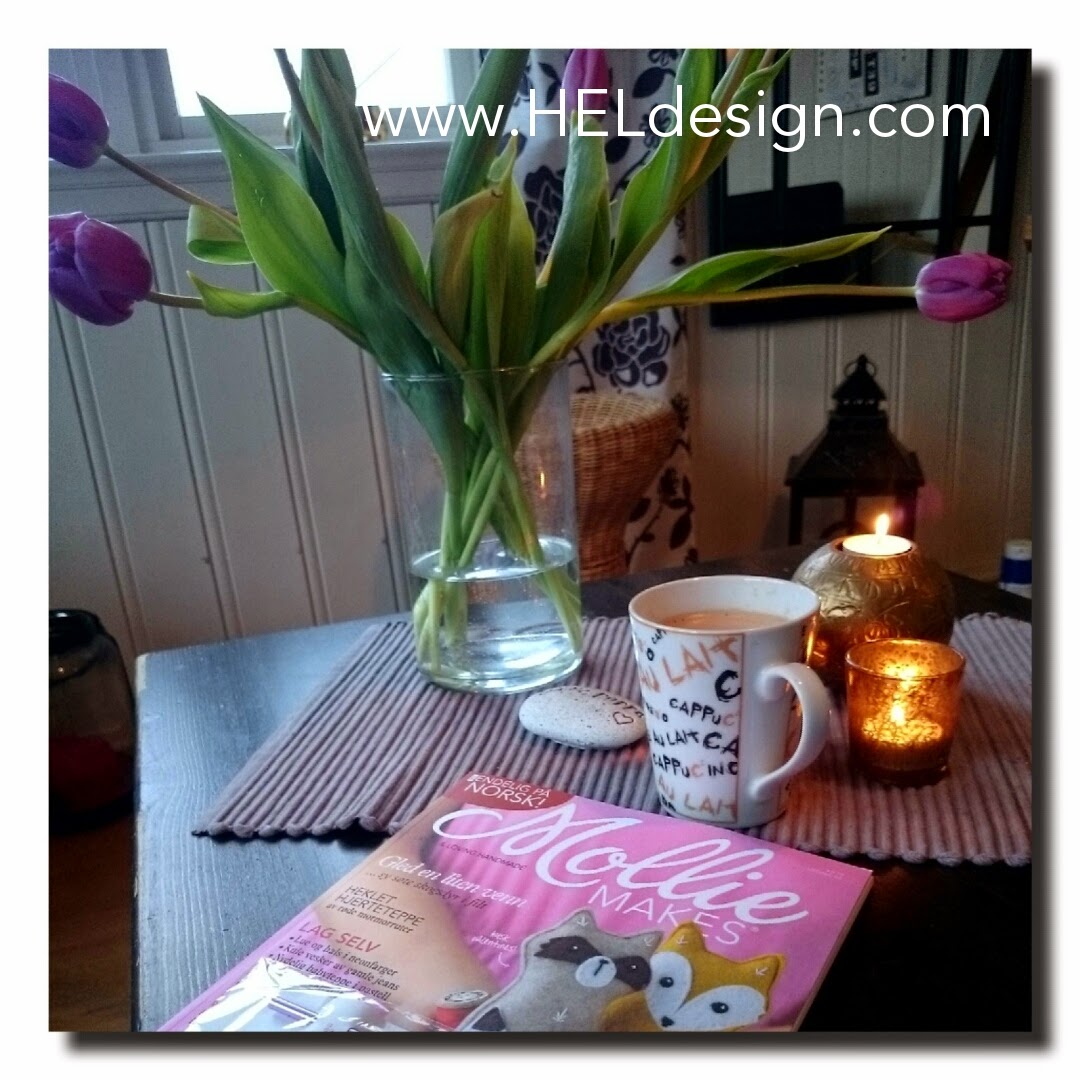 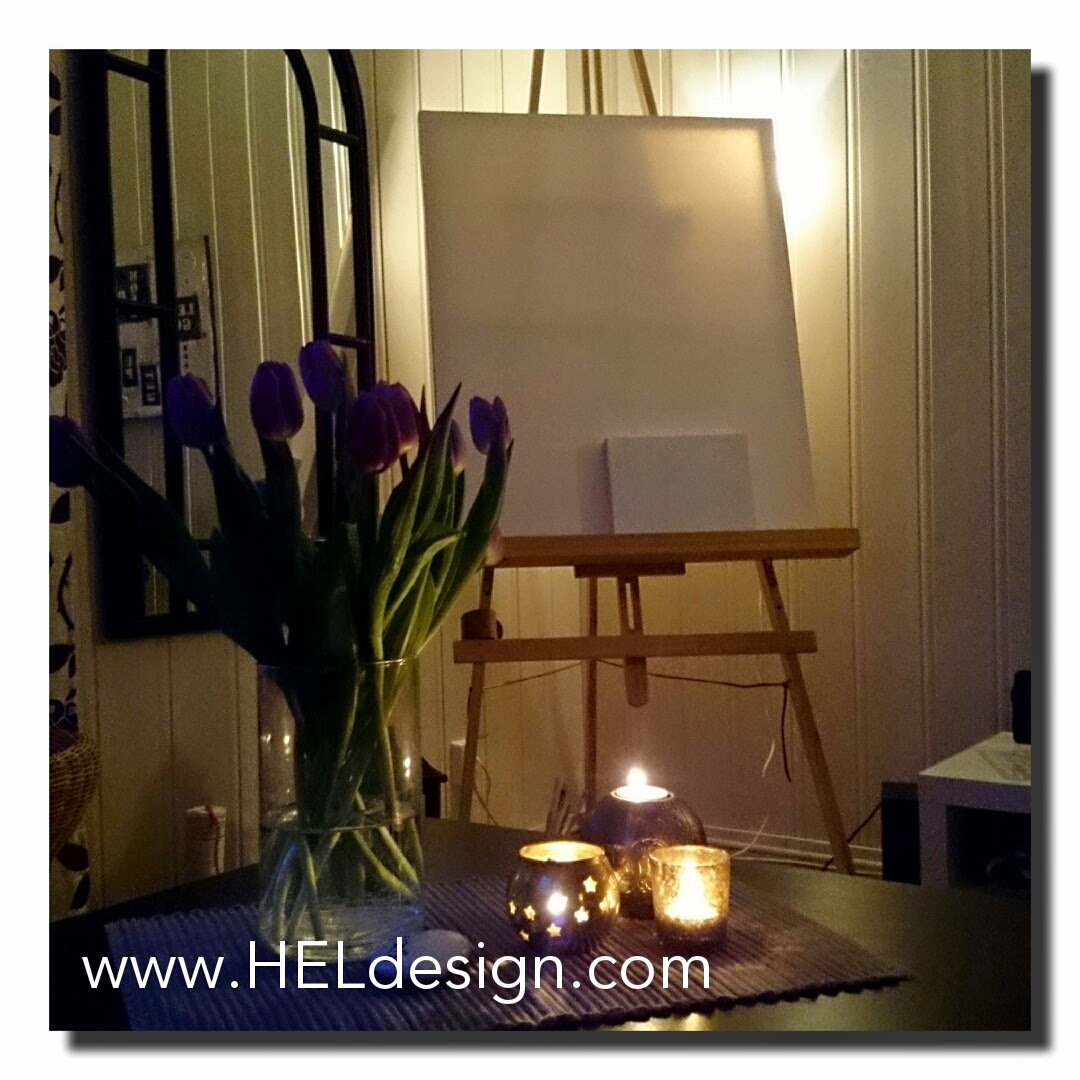 On My Hook Wednesday is linking up to these link parties: 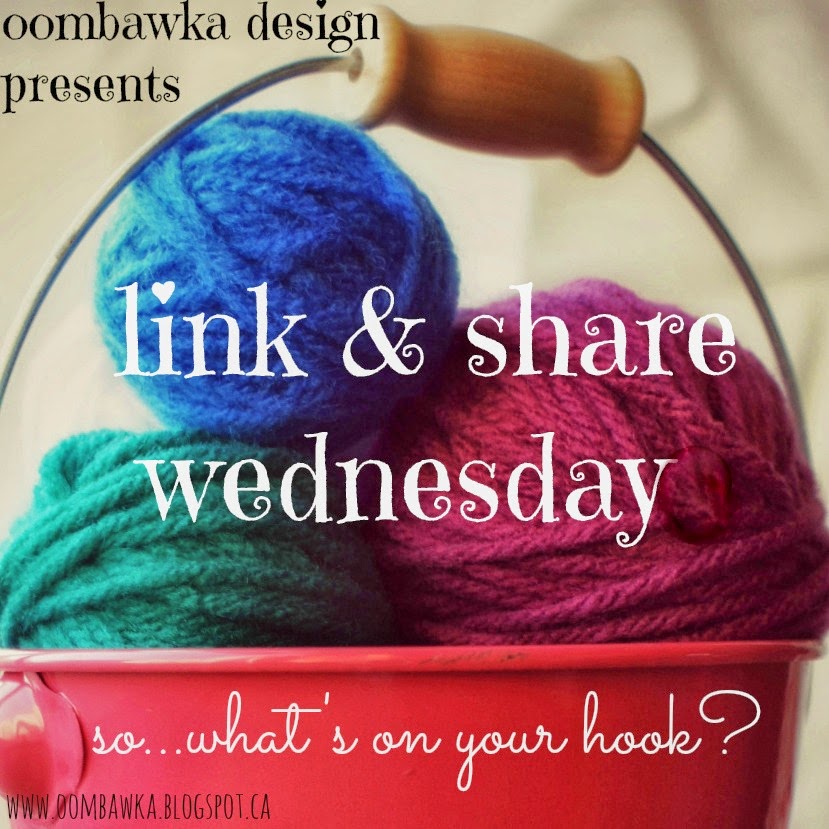 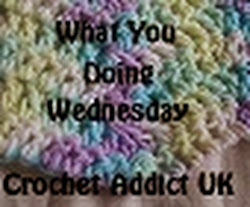 ON MY HOOK WEDNESDAY - Week 2

I can`t believe it´s time for my second On My Hook Wednesday allready, the past week flew by so fast.

I had to go away last Thursday because of a funeral, and have been busy with other stuff as well, so I haven´t had much time for neither crocheting og blogging.

But I did bring my crochet afghan with me on my trip, and got to work on it a little bit last Friday. 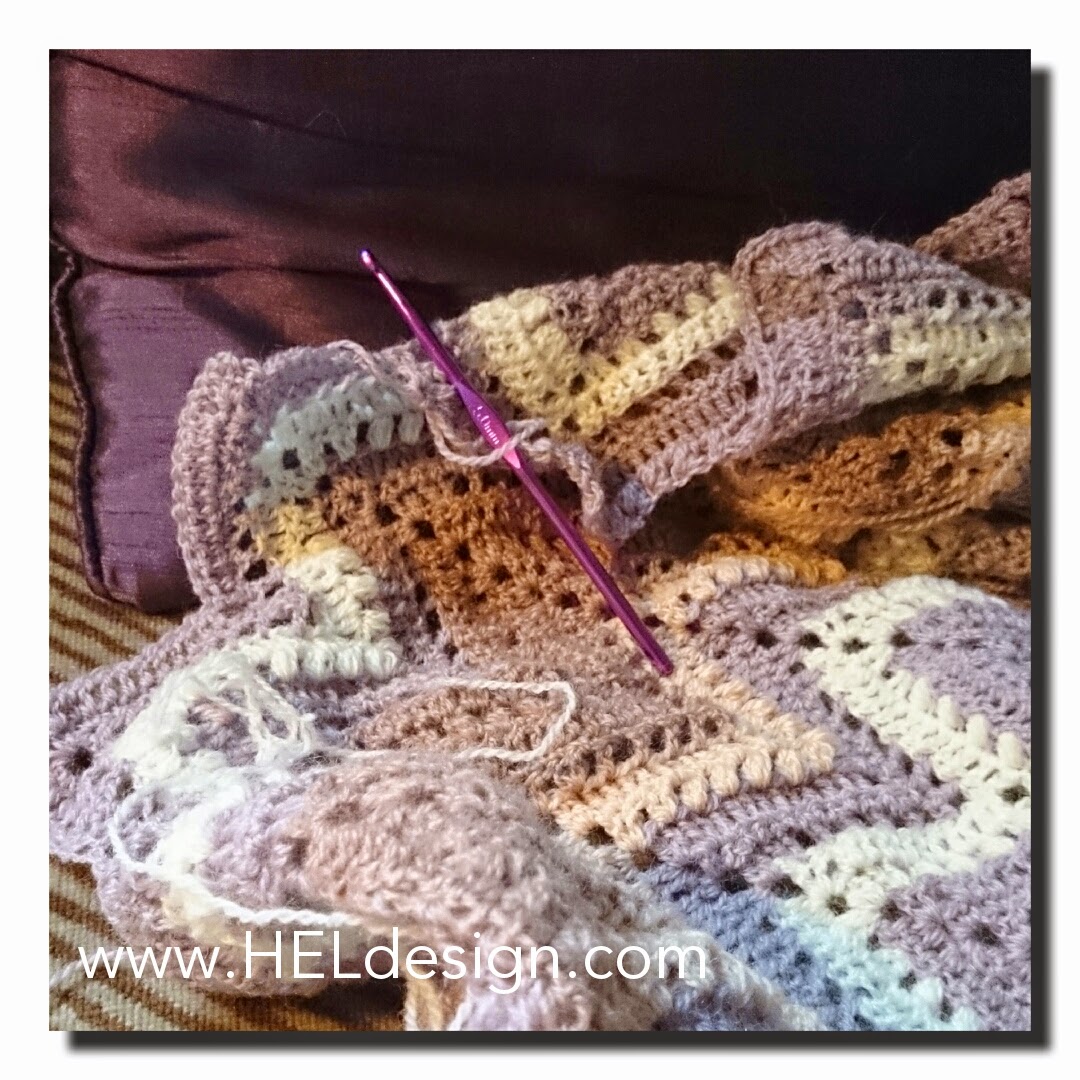 Last night I also tried to bring in a little contrast color. 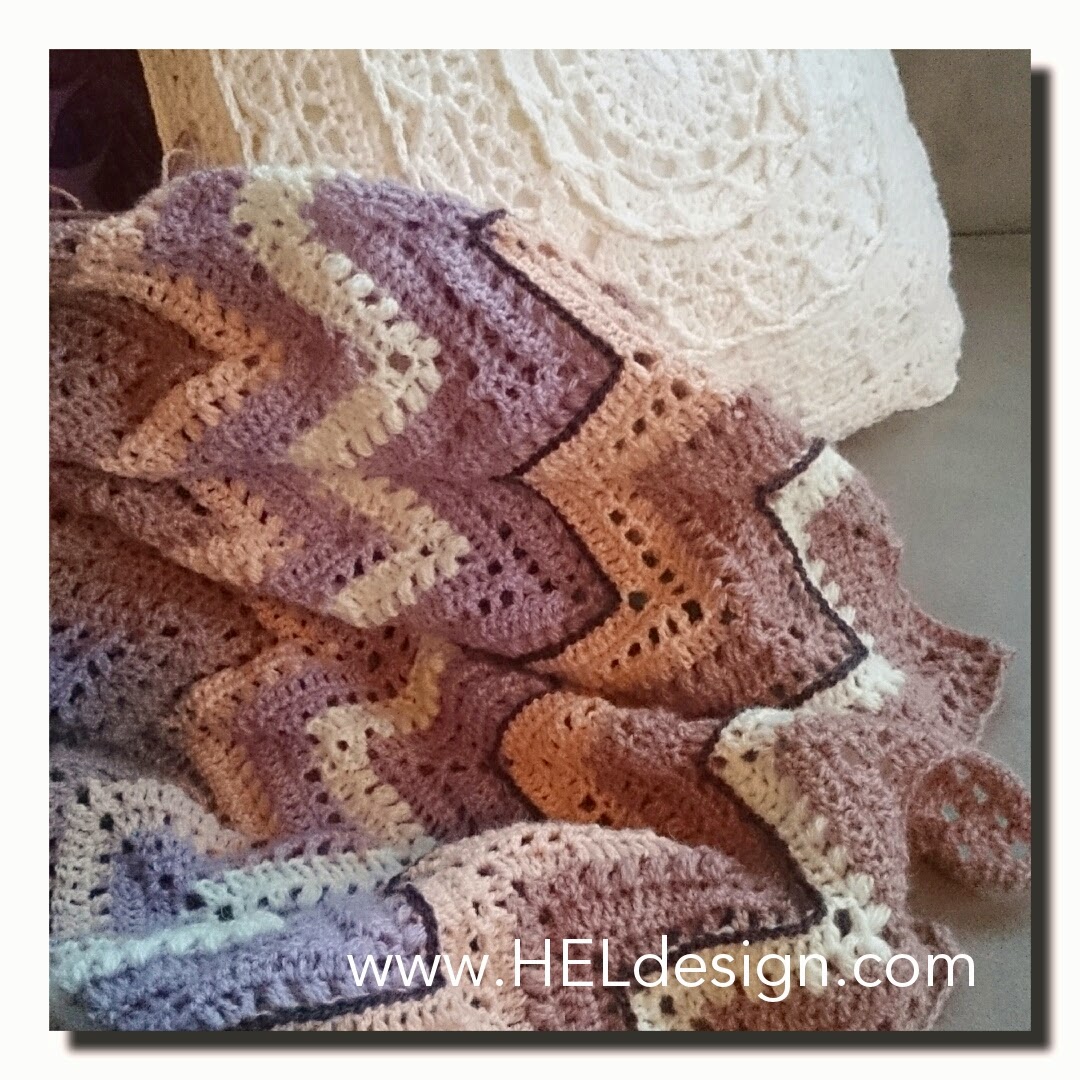 I also got started on these crochet circles, they´re a part of a project I´m working on, more about that later :) 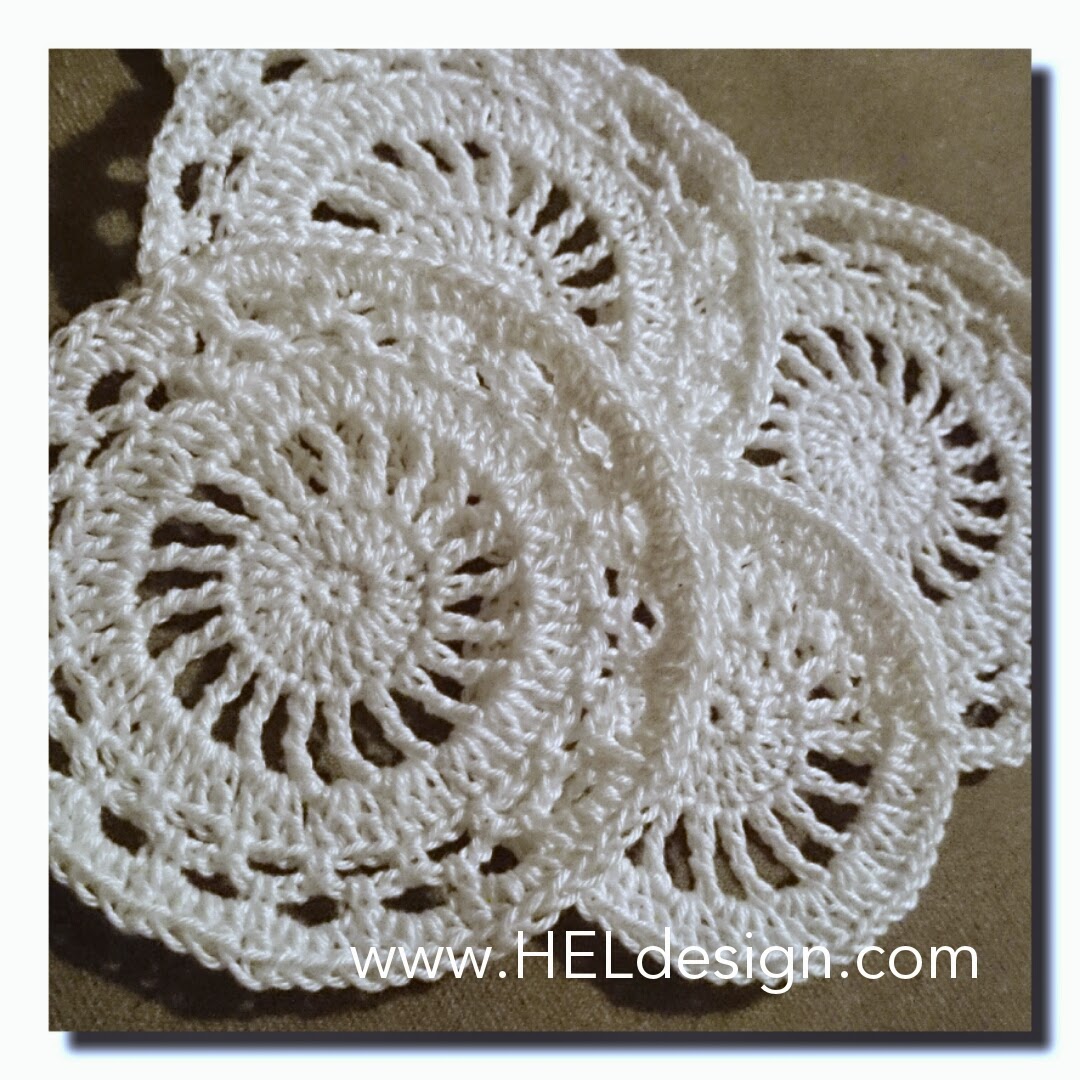 So this is what was on my hook this week. It´s not much, but I got to crochet a little bit. What have you been up to? :)


On My Hook Wednesday is linking up to these link parties:


After joining Google+ I´ve found so many new profiles and blogs to follow, and one of them is CrochetAddictUK. Yesterday I saw this post, Giveaway - Knot Sew Cute Design - 10 Pattern Giveaway, and I just had to participate, because I just love the patterns and Knot Sew Cute Design´s style. One of the ways to entry was to share the giveaway on your blog, and that wasn´t hard to do at all, because these patterns deserves to be shared all over the place.

So go to CrochetAddictUK to give your entry and check out more of Knot Sew Cute Design`s patterns on Etsy.

Have a wonderful day!